It’s early. Most folks are still in bed after a late night. A few hardy souls are out in the sunshine and brisk air.

They walk slower than those who arrive at the park later.  The joggers barely lift their feet off the ground. It’s as if they are going through the motions.

This morning promenade has a higher purpose. A thin man walks with his hands in his pockets.  He hunches over into the wind. As he takes each step he ponders his place in the world. The middle aged woman inhales the crisp cold air. She swings her arms as she moves along the path. She sits on a bench and gazes at the ripples on the water.

Eventually the man’s hands come out of his pockets and his chin rises up. The woman stands and smiles as she watches three ducks frolic in the water.

Ripples pass across the flag before it snaps to in a gust of wind.

It took them long enough. Did they think that they made it all by themselves? Of course they needed a shield. They would have been snuffed out long ago otherwise.

I guess I’ll give them about ten thousand more years and then I can take the training wheels off. If they can just learn how to play nice with each other they might make it.

I must have been ten years old. It was still light out but bedtime trumped all. Last thing I remember a squirrel poked its head against the window screen. It looked me in the eye.

I can’t believe it. This is great. I scamper over the electrical wire and leap onto a tree limb. I give my tail a few swishes to get my balance and then I jump onto a springy branch. I hold on for dear life as it oscillates back and forth. Once it is steady I scramble to the tree trunk.

“I’m warning you. Breakfast is ready. I’m not going to say it again,” my Mom yells. I snuggle under the covers. I try to move my tail. Nothing is there.

He opened the front door and collected the mail.  “Maybe this is the big day,” he thought. The stack looked promising. The envelope might be hidden in between all the catalogs and junk mail. He sorted the items into piles. Each time he glimpsed a long thin envelope his heart leaped. As soon as he saw the corporate logos he would rip the envelope in half and toss it into the wastebasket.

He picked up a particularly thick envelope from a credit card company and tried to tear it up as usual. “Damn, they waste so much money on these mailings,” he thought. He opened the envelope and threw the tough plastic coated sheet into the trash.

He finished going through the pile. “As usual, nothing,” he thought.

His shoulders slumped as he plopped into his favorite chair. He smiled when he saw the blue jay perched on the bird feeder.

“I bet it will come tomorrow,” he said to himself.

Two small boys found it in the ruins. They went into one of the unlit passages of the Emperor Nero’s palace. Something shiny on the wall caught their eye.

“Look at this,” Marius said. He held a disc the size of a dinner plate.  Baldo stared at the object. He wiped the surface with his shirttail. Suddenly a rosy glow filled the room. The brightness momentarily blinded the boys. They dropped it and ran.

Soon their eyes adjusted and they crept back. Baldo picked it up and exclaimed in wonder. “People are inside,” he said. Marius watched over his shoulder. The boys were spellbound.

A young man in an elegant toga paced back and forth. Jewels and delicate  gold chains hung from his wrists. A beautiful young woman, obviously pregnant, sat on the floor wringing her hands. The man turned to her and shouted.

Marius and Baldo watched wide-eyed. The young man sat on a marble bench and picked up a stringed musical instrument. He began to play. The haunting music hypnotized the boys.

They heard a click and bright white light filled the passage. “Hey, what are you doing here?” a rough male voice shouted. Baldo gasped and stuffed the disc into his shirt. Marius stood in front of him trying to obstruct the view of the man. “You know you’re not allowed in here. Out. Now, or I’ll call the Polizia,” he said.

The boys ran as fast as they could out into the sunshine.

Scientists have proposed another idea related to the mystery of dark matter.

Scientists have an ingenious idea that they can detect dark matter due to its disruption of the fabric of space-time.

They might want to read Pomroy’s World as dark matter plays a big role.  I will make sure to pass on the GPS idea to Juan and Muriel (characters in Pomroy’s World) as it might help them get out of their current predicaments. 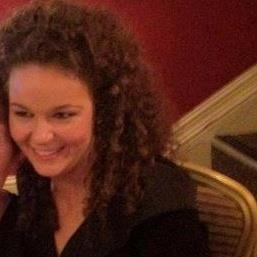 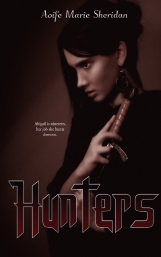 You can purchase a copy of Hunters: (The Demon Series Book 1) by Aoife Sheridan from the following:

To contact Aoife you can email her at aoifesheridan101@gmail.com

You can find out more about Aoife Sheridan and follow her online at the links below:

This tour sponsored by 4WillsPublishing.wordpress.com

The comet screamed as it raced towards the rocky planet. It hit the stony sphere a glancing blow and crystals spewed into the air. Clouds of water vapor enveloped everything. The comet didn’t seem to notice a thing as it continued on its path towards Jupiter.
…
Many years later the lander touched the surface. It bounced three times and stopped. After that it drilled a hole and touched and sampled and buzzed and hummed. Then it became quiet.
…
Thousands of years passed. The thing stayed in its place. All around it water vapor sublimed along with other organics. The comet got smaller. The path changed. One day visitors arrived.
…
“Hey look at that,” Being One said. “It is definitely artificial,” Being Two said. “Let’s take a look,” Being One said. They lifted the object and scrutinized it. “It appears to be from a primitive society. They must have launched this metallic object into the air and then they managed to place it here,” Being One said. “How amazing,” Being Two said. “I wonder what happened to them?”

“By the way, I like your shirt,” Being One said.  Being Two beamed. Being Two was wearing a favorite shirt.  Being One had to shield its eyes from the bright colors, “Thanks, but I think we need to concentrate on preserving this artifact,” Being Two said. “We should return it to the home planet and exhibit it in our Hall of Exploration. This comet will soon disintegrate.”

Being One looked at Being Two.  Being two was a tall stocky organism who couldn’t control its enthusiasm. Being Two went nuts when it found a new planet, asteroid or comet.  “Two’s beard is getting pretty scruffy,” Being One thought. “I wonder what they looked like,” Being One said. Being One put an arm around Being Two. “I think we have done a good day’s work. We discovered the remains of some early explorers. I think this comet has done a splendid job. It truly is a cosmic time machine.”

If you want to watch science fiction become reality visit the following links: