Take the quiz at

You can get feedback on your results at

Muscles rippled under tawny fur. The male lion yawned and closed its eyes while it basked in the Sun. Its eyes snapped open as it heard the swish of an animal moving through the tall grass. The lion raised itself higher on its haunches and it stared at the waving blades of green.

The land rover stopped and the guide put a finger to his lips. “He’s past it,” the guide said. “Broke his leg last week and he hasn’t moved from this spot.”

The tourists murmured and trained their binoculars on the massive cat.

The lion saw the humans and its stomach whimpered. It longed for a red,  juicy piece of flesh. The lion lurched to its feet with its right rear leg dragging limply on the ground.

The tourists chattered among themselves as they snapped photos. “What will happen to it?” a female tourist asked.

The guide shook his head. “Such a terrible shame, he’s magnificent,” he said. “He’ll be put down. His pelt will end up in a souvenir shop.”

The tourists shook their heads and muttered.

“They’ll make key chains from the claws and the teeth, and maybe some jewelry,” the guide said.

One of the tourists, a thin woman with a heart-shaped face, stood and reached into her purse. She pulled out a shiny silver pistol.

“Hold on little lady,” the guide said. “Someone from the Wildlife department will take care of the old guy. You need to put that firearm away before you hurt someone.”

The guide pursed his lips and squinted at the lady. “I know you’re upset about the lion Ma’am but it’s the natural course of nature. Animals die so others can get born,” he said.

The thin lady didn’t speak and the barrel of the pistol followed the guide as he lugged bags and cases out of the vehicle and placed them on the sand.

“Now,” the lady said. “Move the vehicle next to the lion, as close as you can.”

The guide sputtered. “Are you nuts? He’s a wild animal, a man eater. If he could he would chew your face off in a second.”

The lady waved the gun at the guide. “Put him in the back seat,” she said.

“What? There is no way I am going near that animal,” the guide said.

“It’s your choice. Do as I tell you or get a bullet in the head,” the lady said.

The guide shook his head and approached the lion.

By this time the lion had become bored with the antics of the humans.  He yawned and the tourists exclaimed as they saw his long yellow teeth.

The guide had an idea. I’ll tempt it into the vehicle with food. He pulled a piece of biltong out of his shirt pocket. The guide approached the lion on tiptoes holding the thin piece of dried beef as far away as possible.

The lion struggled to its feet. It’s deep growl caused the guide to jump back. The lion limped forward following the guide into the vehicle. The guide tossed the biltong onto the rear seat and the lion clambered into the back of the vehicle. Using its rough tongue the lion pulled the dry meat into its mouth and it began to chew.

“There, are you satisfied now?” the guide said. “How are we going to get out of here?

The thin lady grinned at the guide. “You aren’t going anywhere,” she said. She climbed into the driver’s seat, started the engine, and drove into the bush.

I stare at him, trying to understand why he did such a stupid thing. The short man fidgeted in his spacesuit, blinking back tears.

“You broke the sacred rule,” I said. “Strict discipline is needed if humans are going to survive in deep space.”

“I promise. I will never do it again,” the short man said. His lower lip quivered and he closed his eyes.

“Out,” I said. I pushed him into the airlock and he didn’t resist. The others didn’t say a word. They watched as I pushed the button and ejected the short man from the station.

A puff of white vapor emerged from the pod as it shot into the distance.

I rubbed my hands together and turned to talk to the crew. I will scare the daylights out of them. I can’t afford any more of these petty rebellions. I drew myself up to my full height and opened my mouth to speak.

They rushed me. I never had a chance. I estimate that I have fifteen minutes of oxygen left.

Check out the Kirkus Review of “Who’s The Lucky Guy?” 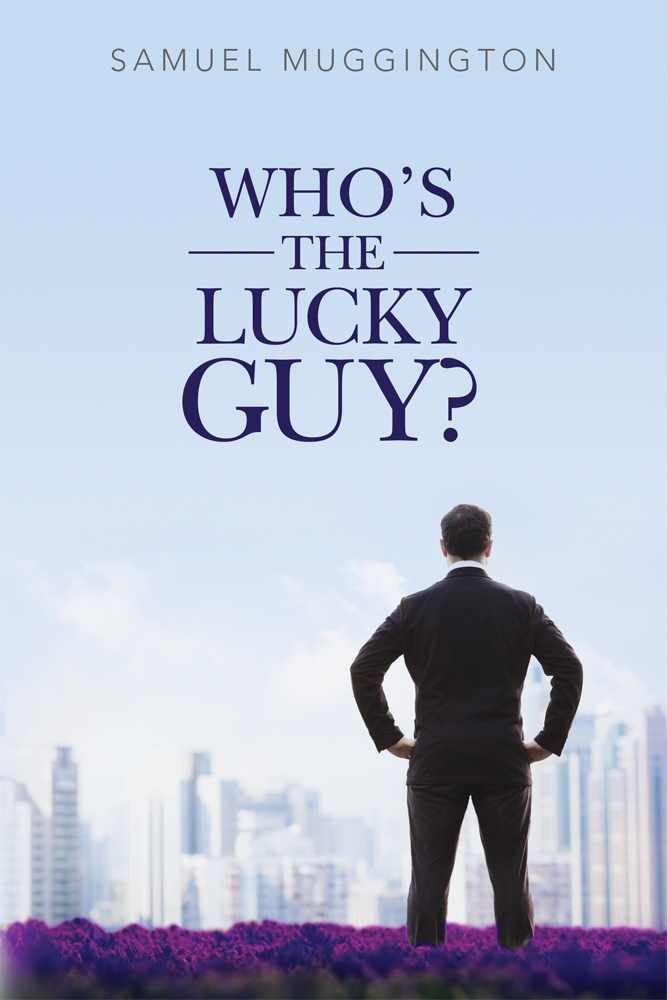